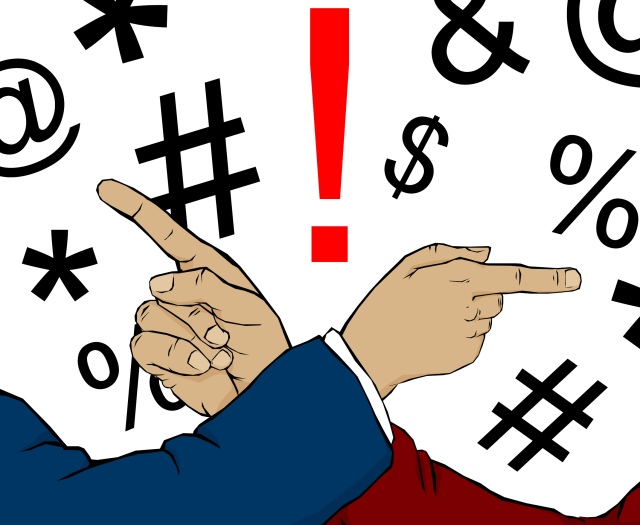 I’ll apologize for the rant now. I wasn’t going to do it. I promise. It’s not my usual topic to write about. And I’m sure to lose a friend or two over my comments. But I just can’t stand it anymore. I’m tired. Tired of seeing all the insults. Tired of the violence. Tired of seeing friends pitted against each other because they have a difference of opinion. I mean, come on! Since when was it wrong to have a difference of opinion? Isn’t that part of what makes us great? We’re all different? Can you imagine how dull life would be if we all thought alike? We’d never have anything to talk about because we’d always agree with each other and know exactly what the other was thinking. How fun would that be?

Aside from all that, the negativity of it all is just incredibly draining. I don’t know about you, but I’m always exhausted after watching a debate, reading about something political, or even perusing my social media threads. How much better would it be if politics was all about the actual issues and making things better? Rather than seeing who could dig up what about who?

So, I’m not going to tell anyone who to vote for. I’m not going to try to sway you one way or the other. In fact, I’m not even going to talk about any one particular candidate. That’s not for me to decide. That decision is totally on you. And you know what? Your vote doesn’t tell me anything more about you than this – you have an opinion and you voiced it. Thank you.

Okay. First things first. When you go to the voting station, or open your “vote-by-mail” packet, you’re going to see a bunch of headings. The first choice will be for “President and Vice President.” That’s what it will say. What it will not say is “Pastor and Vice Pastor.” This doesn’t mean that we shouldn’t worry about the issues. It just means that we shouldn’t expect the candidates to fall in line with our doctrinal desires. We aren’t voting for someone to preach for us. We’re voting for someone to lead the country for the next four years. Would it be nice if he/she believed the way we did? Of course. But that is not a prerequisite. Or even a possibility. Because we all think different.

Something else to keep in mind. We all have a past. Everyone. Nobody is exempt. So let me ask you this. Have you ever done anything, that today, you wish you hadn’t done? Have you ever said something, that today, you wish you hadn’t said? Have you ever changed your mind on a subject? Really? Then why are we chastising people for having done the same thing! Why are we digging up all the dirty laundry and showing it to the world? I get that it “goes to their character.” Sort of. Does your past speak for what your character is today? Has your character gotten better over the years? Maybe because of some of those things that you wish you hadn’t done or said? Just curious. No need to answer out loud. Just ask yourself what you motive is when you share that hateful meme on Facebook with an “LOL” next to it. Or Tweet an embarrassing quote, that quite possibly was something said in the heat of the moment, or taken completely out of context. Ask yourself what good it will do. Is it building someone up? Or tearing someone down? Then remember what God said in Matthew 7:12, “So in everything, do to others what you would have them do to you.” I wonder how different the country (or even the world for that matter) would be if we all just followed this one little rule?

I’m curious really. A lot of what we see and hear now is how we all want a new candidate. We don’t want to vote for any of the candidates on the ballot. I’m guilty of this myself. Well ask yourself this – seeing what happens to those who put themselves out there for the office, would you run? Is there anything in your past that might come up during the campaign? I wonder how many more qualified candidates are out there who don’t run for that reason? I’ve got to be honest. I wouldn’t. Who needs that headache?

So what are we to do? Compliment them? Why not? What would it hurt? In the last debate, the last question was “tell us something you admire about the other candidate.” Wow! What a concept? You mean we can actually have a difference of opinion, and still think positive of someone? Amazing actually. What if we started the debate and ended the debate with that question? That would be cool. But I understand in this day and age, not likely. So what do we do?

Pray. First Timothy 2:1&2 say’s “First of all, then, I urge that entreaties and prayers, petitions and thanksgivings, be made on behalf of all men, for kings and all who are in authority, so that we may lead a tranquil and quiet life in all godliness and dignity.” Take a minute. Sit back in your chair, and imagine a country where everyone prayed for the President. WOW! Imagine it! How awesome would that be? So pray! Pray hard! And without ceasing!

Understand that God already knows who will win. He has this whole election under control. And if you belong to Him, you don’t have to worry! We already know how this is going to end anyway. So don’t worry about it. Matthew 6:24 tells us “Therefore do not worry about tomorrow, for tomorrow will worry about itself. Each day has enough trouble of it’s own.” Gods got this. And He’s working it for His will, not ours.

God uses imperfect people all the time. And I won’t disagree that our candidates are imperfect. But then, so am I. So are you. And so is everyone else. Read Acts 9:1-19. Even while Saul was plotting murderous acts against Gods people, God was planning to use him to build the kingdom, rather than tear it down. That alone, gives me great peace.

Vote. If you are a citizen of this great country, it’s not just your right. It’s your responsibility. But don’t vote because you just can’t bear the thought of one over the other. Don’t vote because one person has a more colorful past than the other (remember, how colorful a past is, is a matter of opinion also). Vote based on the issues. Vote for the candidate that will do what’s right for the country. And remember. There’s only one person who has ultimate power. And He’s already on the throne.

“For I know the plans I have for you,” declares the Lord, “plans to prosper you and not to harm you, plans to give you hope and a future.”